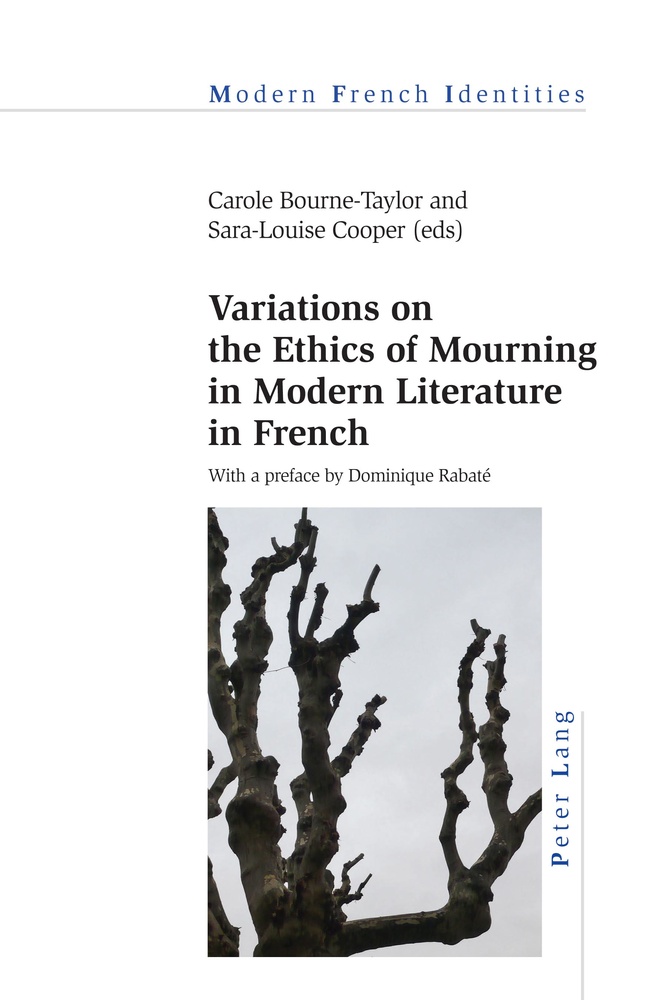 “The Ends and Beginnings of Language in Valérie Rouzeau’s Pas revoir” in Variations on the Ethics of Mourning in Modern Literature in French, ed. by Carole Bourne-Taylor and Sara-Louise Cooper (Oxford: Peter Lang, 2021), pp. 227-47.

Valérie Rouzeau’s Pas revoir (1999) is a collection of poetry written shortly after the death of her father. Like other works of mourning, it depicts the silence ushered in by grief, and the deficiency of the linguistic conventions that surround the experience of death in both everyday life and literature. Throughout the collection, Rouzeau develops her own idiosyncratic language of mourning, what she describes as ‘une sorte de langue paternelle’ generated by fragments of childhood conversations between a young Valérie and her father. In so doing, she elaborates a mode of expression poised between its disintegration into disordered, aphasic speech and its construction, in an idiolect inflected with the lexical, syntactic and phonetic forms of child language. This idiolect offers her both a means to go on, in poetry, when it seems like such a continuation is an impossibility, and a space to explore the paradoxical proximity between the pre- and postlinguistic, the beginnings and ends of language.

iThere are no comments

Begin typing your search above and press return to search. Press Esc to cancel.